For the first time in Poland, at Zieleniec DiscGolfPark, was held official and classified PDGA tournament. For 2 days, players from 4 countries were fighting for rating points and a sizeable trophy, having lots of fun. Below you will find a brief report from that tournament.

Tournament took place on 24th and 25th of October at Zieleniec DiscGolfPark, park which became disc golf field with the best infrastructure in Poland. Regular 10 hole field were expanded with 2 additional holes for purpose of holding the tournament. ‘Hanka’ Relax & Spa, offering rooms for contestants, was transformed into Tournament office.
Throughout the weekend Zieleniec became a disc golf capital for Poland. Thou competition was strong, due to the tournaments held in Hungary and Czech Republic, players from 4 countries have arrived, some of them covering almost 1500 kilometers to take part in Poland Open 2015 Tournament. All the best to the brave folks from Estonia and Finland. Hope you will come back for next year edition!

As Zieleniec and the region is a subject to very specific, almost alpine-like, climate there was a fear of snow coming down very early this year. Throughout the week town was covered in mist and clouds. Fear of bad weather passed as the weather was as everyone anticipated. Probably because of the grace of the Spirit of the Mountains, that allegedly has seen the sculpture of him, which was the main trophy of this tournament.
First contestants (players from Estonia) arrived in Zieleniec on Thursday, to practice in the mountains, which in the end gave a tremendous effect on their performance during the tournament.

Thou there was a lot of work going on Friday, all of the contestants were focused on most important part of this event, relation- building and integration.

On Saturday morning, all of the participants gathered to hear about the rules and regulation, description of holes and organized into flights, got their scorecards and went to Gryglówka cable lift to get to their designated holes. Unfortunately lift was out for maintenance and first hole was placed at the top of the hill. Mr. Kazimierz Grygiel has actually saved the day and brought few pickup trucks that delivered the participants up hill, which in the end changed to into a fun ride. 1st round has started according to schedule. Each player was scheduled to complete 36 holes in 3 rounds. Standard Tournament player categories were prepared – Open, Masters and Junior. Szymon was the youngest contestant, 6 years of age, showing his great technique, enthusiasm and really good scores. After first round of 12 holes, a 15 minute walk was scheduled from hole 12 back up to hole 1. Scores from 2nd round showed that players got to know the field and warmed up pretty good. Post that, dinner break was announced – giving time for relaxing, getting back up to strength and counting scores. Thanks to Scoorin.com app, scores were viewed on a monitor at the tournament office. Players already knew who had what score on which hole, which were the most difficult, where one could go for a better score.

After first part, Szymon Wącior at the top of the chart, being closely followed by players from Estonia. 2nd round, players in flights were matched according to their score from previous one. Each one of them had a chance to compete against people on the same level. Then weather has changed and wind showed up, making each throw more challenging, causing many surprises especially on the downhill holes. That was not contraption, when it came to achieving interesting scores and giving certain effects. First ace came down from Robi Manniste, reaching the basket on hole no. 6. Unfortunately we were not able to film it. Competition was stiff as everyone tried to get on the best position before Sunday round. After first day, in Open category, Robi Manniste and Mark Duubas, both with 113 throws each were in the lead, closely followed by Szymon Wącior with 114 throws. Among Juniors, Filip Tomeczek, an experienced player in his category was in the lead, competing with newcomer, Tomek Kowalski. Lead in Masters were dominated by players from Czech Republic, where Daniel Vecer and Karel Hlava were leading with their 120 throws, just before Robert Pudelski, with 126. Noteworthy was the fact that for most of the players this was first time on the field in Zieleniec.

First day ended with the presentation of, the trophy, a wooden statue and were able to check the disc sponsored by Kastaplast during an evening with barbecue. Throughout the evening play summaries were exchanged and comments on the organization of the field. It seemed that additional 2 holes, prepared for this tournament were the most challenging. Hole 11 seemed to be most memorable one in this part of Europe with very sloping 180 meter downhill fairway, with illusory easy approach. Basket itself was placed on a small hill with a flat top, but each more powerful throw would end up in going over the basket and disc falling tens of meters downhill.

Sunday morning announced the possibility of a more challenging round coming up. Strong mist and significant clouds create w very small visibility. Either way everyone showed up in the tournament office including a TV crew from the ‘Męska Strefa’ program, aired on a local TV. Michał and Łukasz, joined in to make a reportage from the final day of the tournament.

Sunday events went on according to schedule, cable lift was working meaning no pickup fun ride, mist went off and clouds dispersed, visibility was better but not for flights starting from first holes at the top of the hill. Luckily no breaks had to be announced, giving a lot of long throws, accurate approaches and bravely executed putts.

At 2 pm, first polish PDGA Tournament, Zieleniec Open 2015 came to an end. First 3 places in Open category were taken by Estonians as listed below:

Tournament can be surely called a successful one. We hope that this tournament will start a marvelous series of PDGA fall tournaments in Zieleniec. Till next time folks!

Scores can be found on PDGA website and Skoorin.com. More photos available at our website and Facebook. Video relation was published in Polish National Television and is available in their archive. Is starts from 11th minute. 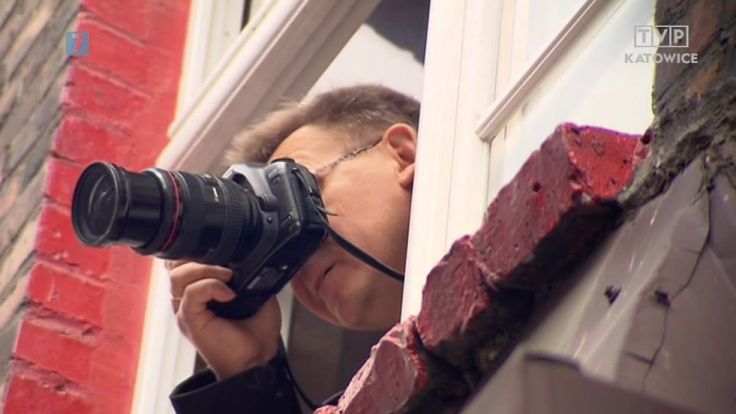